Fort Calhoun Community Schools are engaged in an ongoing continuous improvement process, of which all stakeholders are a part. On February 13th and 15th for the elementary and February 15th for the high school, during parent teacher conferences, the district will be providing stations in each school to complete an online survey as one method of reaching all stakeholders.

Surveys are a means to systematically engage all our stakeholders in a two-way communication. They provide school leaders and teachers a lens into the thinking and perceptions of our stakeholders. Careful analysis of the results enriches understanding of areas of strength and effectiveness as well as those areas that possibly need improvement. The survey results will enable our school leaders to measure stakeholdersʼ attitudes and help target improvement strategies focused on student achievement as well as school and district effectiveness. Taking the survey will also help stakeholders understand the AdvancED Standards for Quality Schools and provide a means for learning about what a parent, student, or staff member should be looking for in a high quality school system.

Please be assured that your responses to this survey will be anonymous and your honest opinions are appreciated. If you would like to learn more about AdvancED please visit http://www.advanc-ed.org/.

Thank you for your assistance.

Congratulations to our 2017 Spelling Bee Winners. At the Elementary, we had Eva Hansen as the Champion and Regina Namuth as our runner-up. At the Junior High, Maddie Hansen was our Champion and Cameryn Lewis was the runner up. Wish them luck at the County Spelling Bee on February 10th at 9:00.

Congratulations to Tyler Curtis (106 lbs), Jack Theisen (120 lbs), Jeff Heinz (132 lbs), Joe Twomey (145 lbs), and Jake Hubschman (160 lbs) who all made it to Wrestling State. Senior Jeff Heinz was District Champ with a 40-1 record. Wish them luck this Thursday, Friday and Saturday, Feb. 16th-18th at the State Meet. You can also watch the action at TrackWrestling.com. 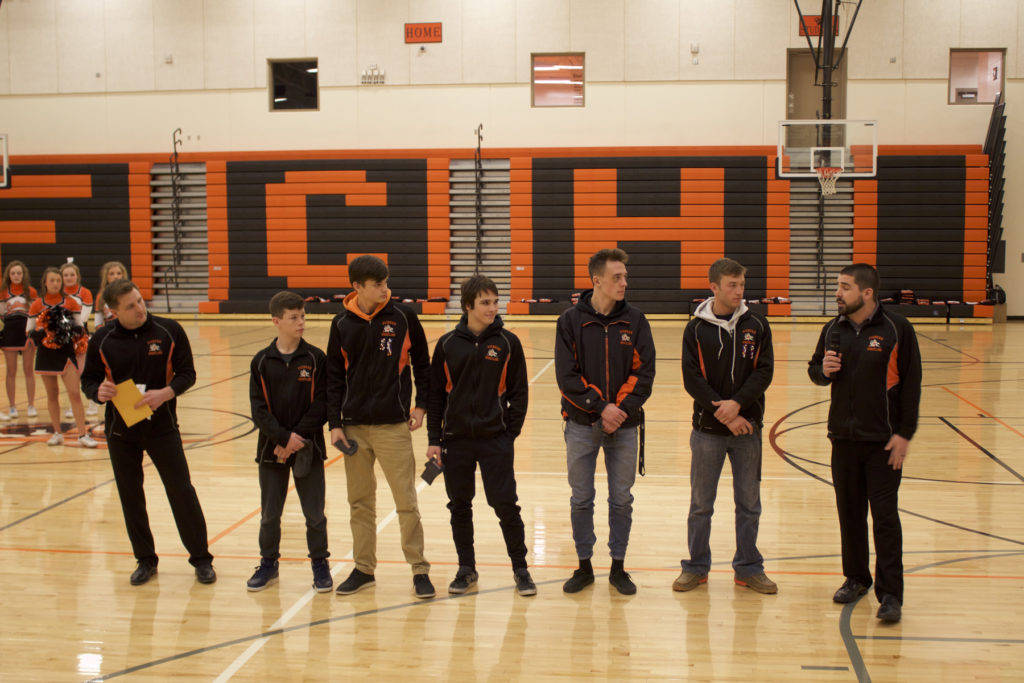 Kindergarten celebrated the 100th day on Jan 23rd! We had fun doing STEM building stations with 100 different objects including: plastic cups, popscicle sticks, base ten blocks, legos, pipe cleaners and linking cubes! We made a 100 day snack and had show and tell with our 100 day items from home! We compared how much these items weighed and how far we could stretch them across the floor! We are 100 days brighter here at Fort Calhoun! 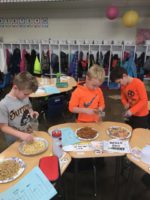 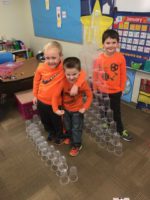 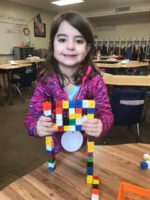 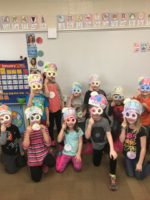 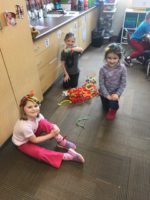 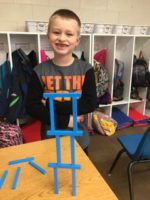 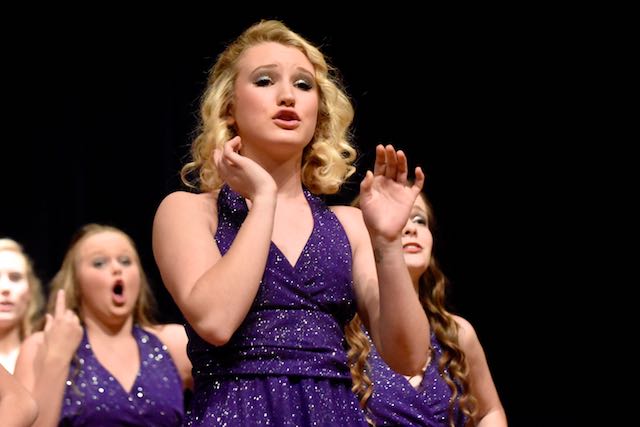 Congratulations to Phenomenon Show Choir for placing 2nd in their division at the Gretna Primetime Show Choir competition on Jan. 14th.
They have a Broadway themed show this year with the following selections
Comedy Tonight from “Something Funny Happened at the Forum”
Seize the Day from “The Newsies”
Sun and Moon from “Miss Saigon”
The Pirate King from “Pirates of Penzance”
New Girl in Town from “Hairspray”
Theme from “New York, New York”
As well as performing at Gretna, they will compete at UNO Show Choir Competition, NCDA Show Choir Festival, Lewis Central Clash of the Titans, and District Music Contest. 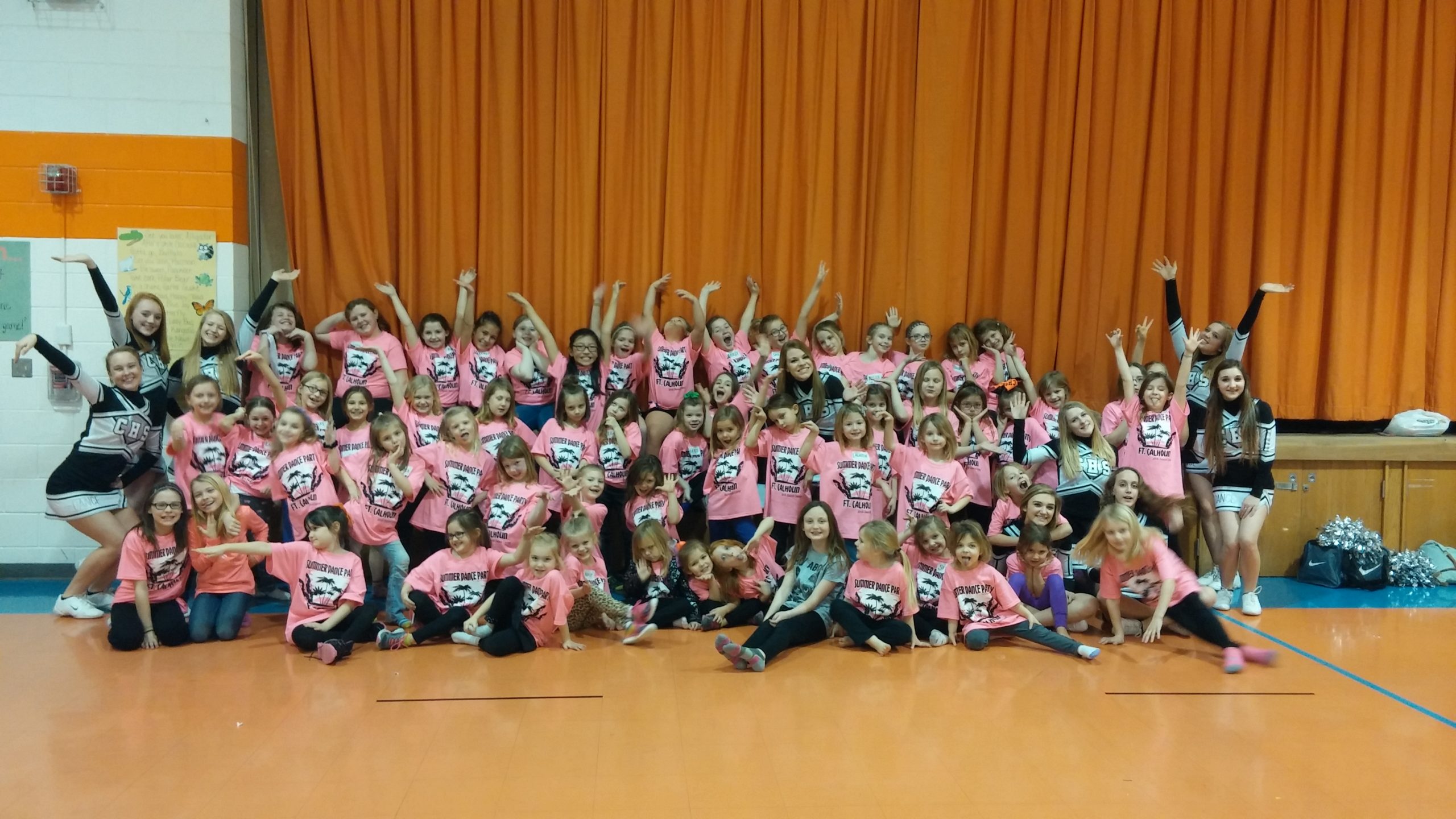 Dance camp was held January 14th. They had around 50 girls in grades Pre- K through 6th grade participate. The theme was Grease and as you can see from the pictures, they had a lot of fun. They ended the night with a performance for parents at half time of the Boy’s Basketball Game. Dance team captain, Taylor Thalman, said the girl’s really seemed to enjoy the dances to song such as “Beauty School Dropout”, “Summer Night”, and “We Go Together.” Thank you to the Dance Team members, Taylor Thalman, Molly Shannon, Nicole Swanson, Lizzie Namuth, Olivia Evans, Autumn Kestel, Hailey Greenwell, Bailey Bannister and Ashley Thalman and their sponsor Ali Romans. 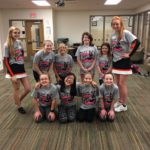 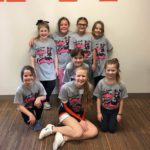 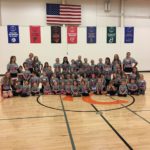 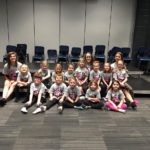 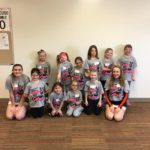 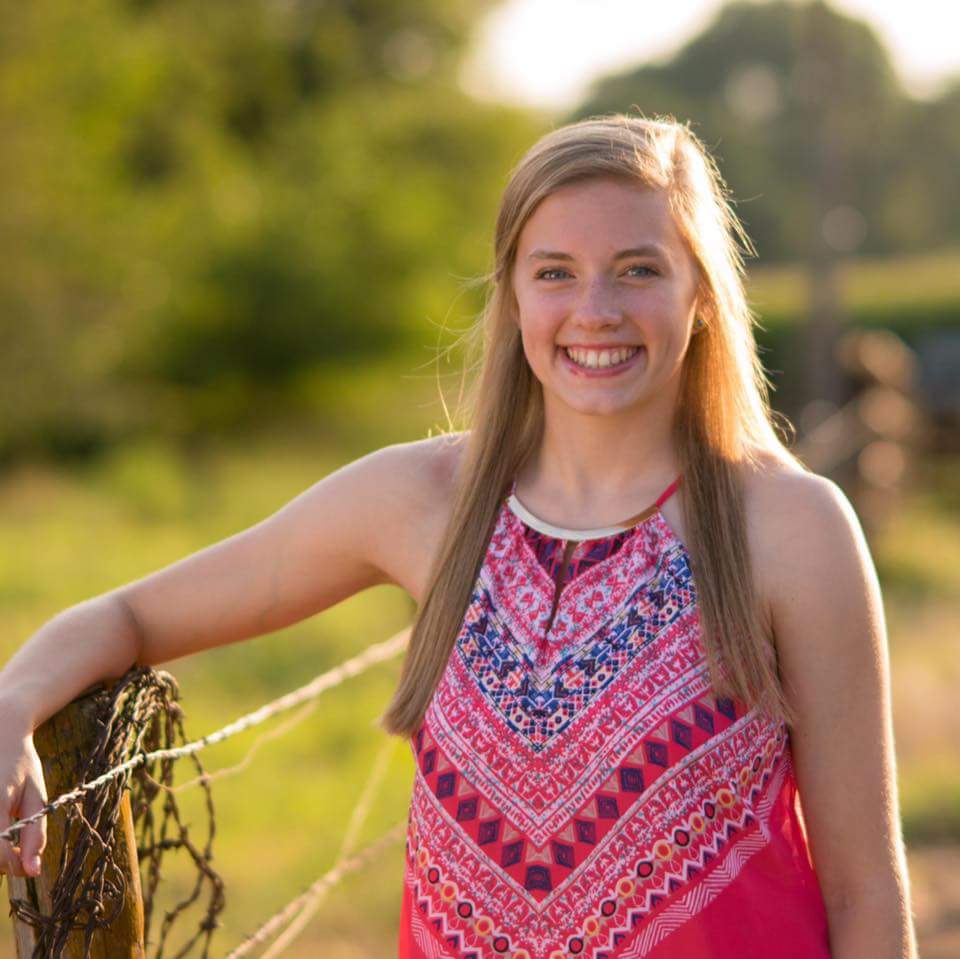 Congratulations to Sarah Johnson who has earned a RHOP (Rural Health Opportunities Program) Scholarship to Wayne State. RHOP is a cooperative effort between WSC and the University of Nebraska Medical Center (UNMC) and encourages students from rural areas of Nebraska to return to rural settings after graduation to pursue their career, Sarah plans to become a nurse.  Students who are selected to this prestigious program earn guaranteed admission to UNMC upon successful completion of studies at WSC and receive a FULL-tuition waiver at WSC.  Hard work pays off! 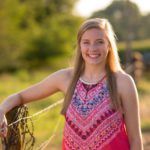 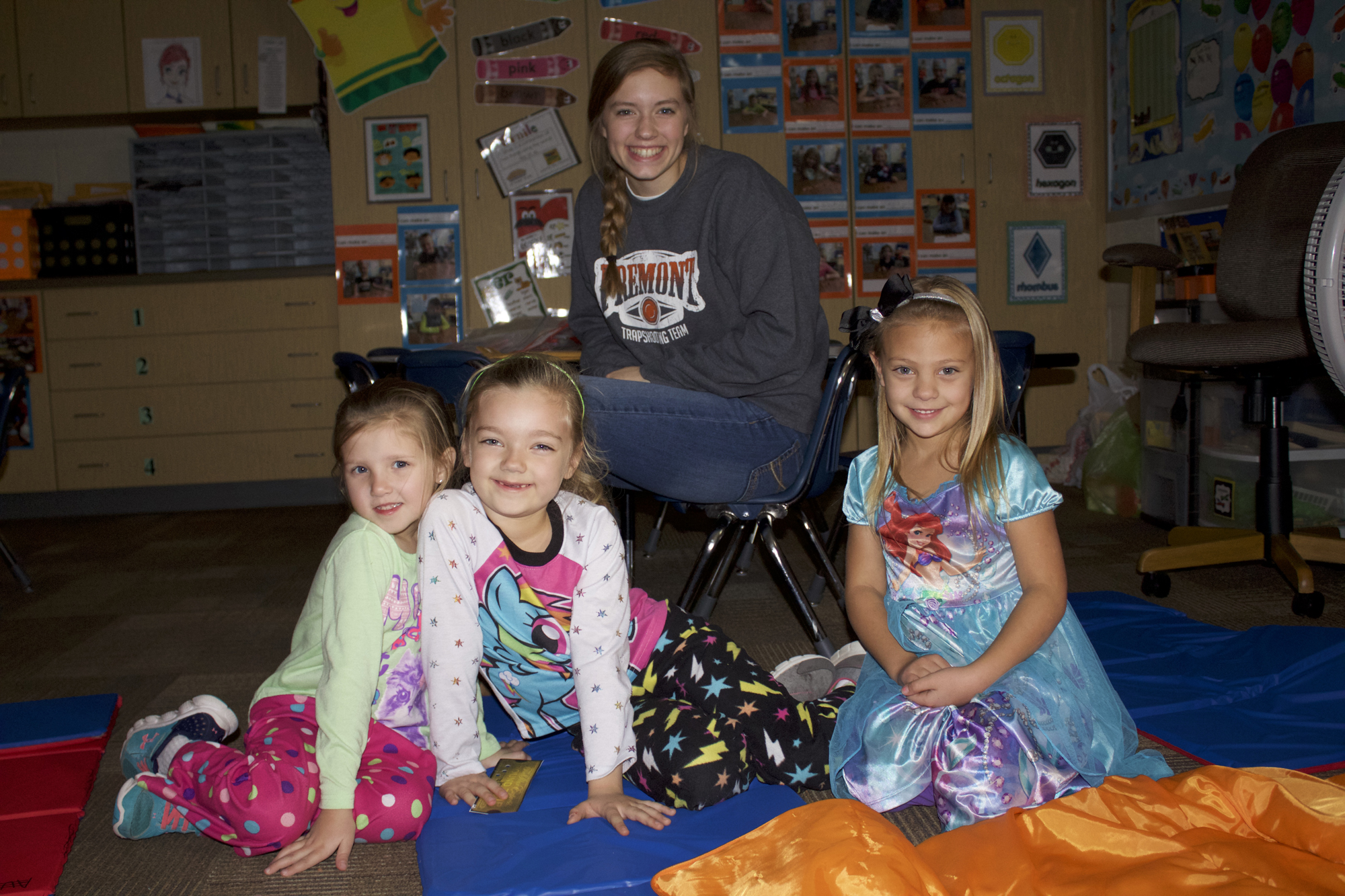 Kindergarten celebrated Polar Express Day in December! We read the story and then did interactive activities as we watched the movie. Students alphabetized Polar Express words, drank hot chocolate and worked on graphing our opinions. Students enjoyed spending the day in pajamas and believing in the Christmas magic!

Happy New Year! Kindergarteners rang in the new year doing activities with the numbers 2017, STEM activities, reviewing their 2016 year and making new year resolutions! Things are looking bright for the class of 2029! 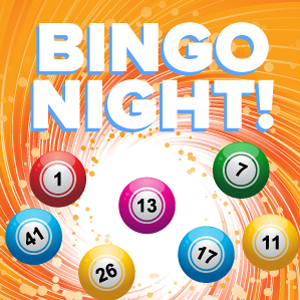 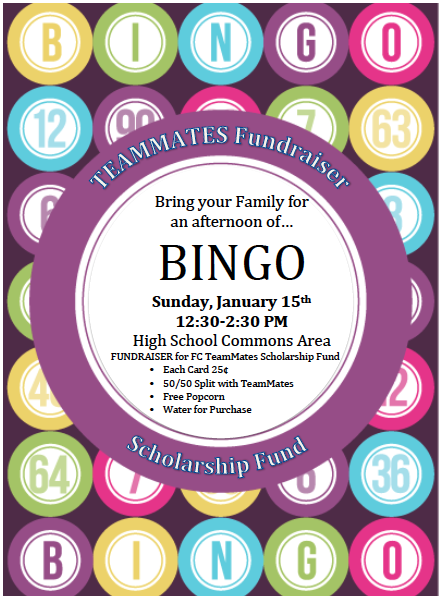 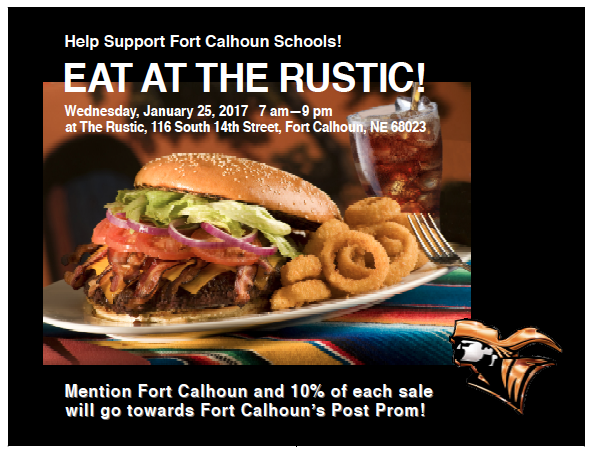 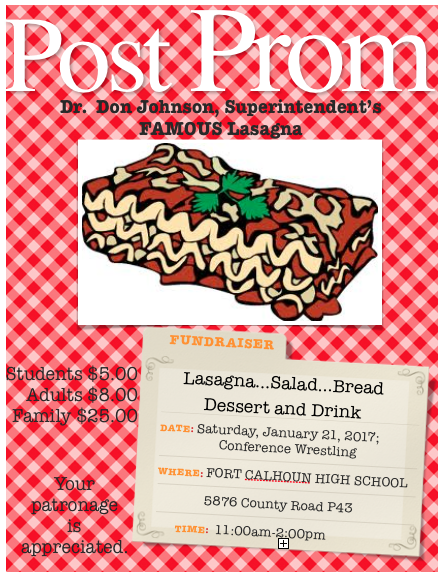 7am-9PM Breakfast, Lunch, or Dinner!
Mention the words “Post Prom”
10% of your total meal purchase will go towards helping our students have a safe and fun post prom this year!