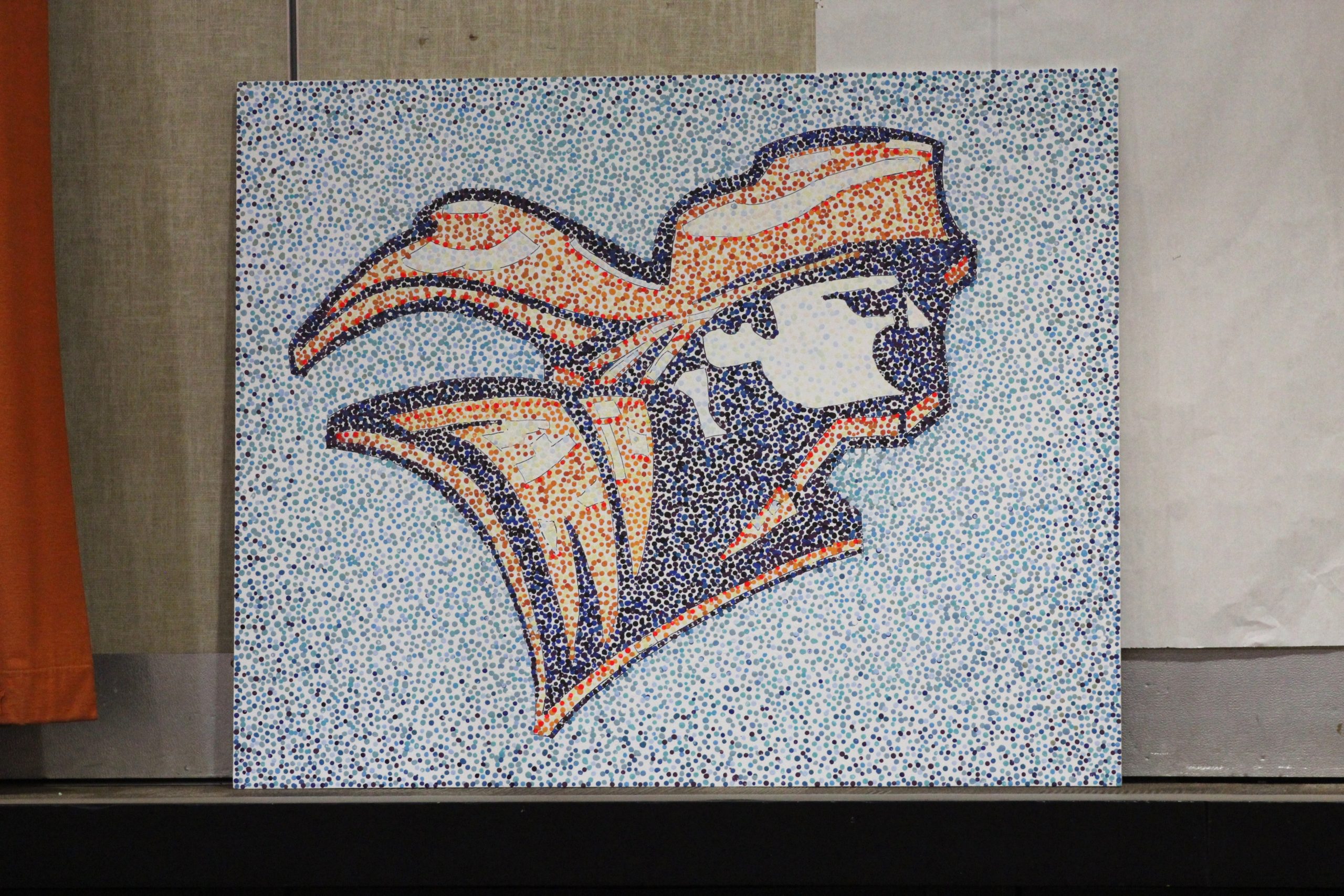 Students at Fort Calhoun Elementary participated in a fun art project recently. The PFE sponsored an Artist in Residence, Julia Noyes from UNL. The program involved the entire school and consisted of a curriculum-based art project developed and conducted by Julia. The students learned about the Pointillism style of painting, created by Georges Seurat in 1886, and took part in creating two murals to be displayed in the school.

We want to thank the PFE and all their volunteers for hosting this event and Ace Hardware in Blair for donating the paint for the project.
Follow this link for more information about Pointillism http://www.pointillism-in-art.org/ 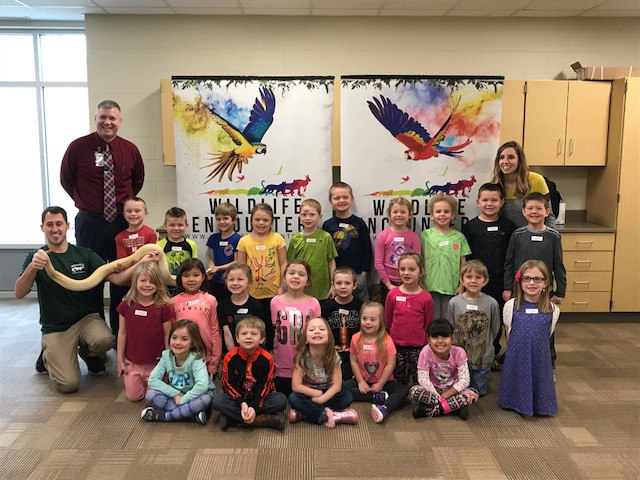 Students in Mrs. Clausen’s Kindergarten class got a fun treat last week. Wildlife Encounters from Gretna brought in several different animals for students to see up close. Presenter Kip Smith had an albino boa constrictor, a fennec fox, an orange hair tarantula, an African hedgehog and an alligator. He taught the students about their habitats, life spans, diet, age, gender, adaptations and other fun facts. The students loved it and they were very excited to see all the animals at their very own school! 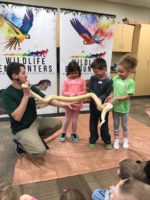 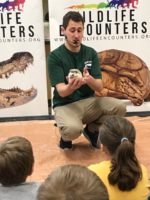 The African Hedgehog ‘Sonic’ was about 4 years old (it has a lifespan of 8-10 years). It uses scent camouflage because it has bad eyesight! When we tickled it, it curled up into a cute little ball! It felt pokey. The hedgehog is a burrowing animal and is an insectivore. 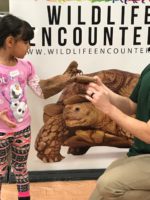 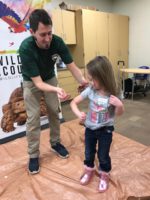 The orange hair tarantula has an exoskeleton. We couldn’t tough the tarantula because we didn’t want to hurt it because of this. We were able to see it climb up the presenter’s shirt because of its tiny claws on each of its 8 legs. We also learned about how it can flick its hair. 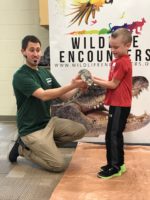 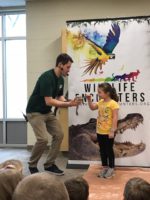 Pictures and article by Mae Clausen 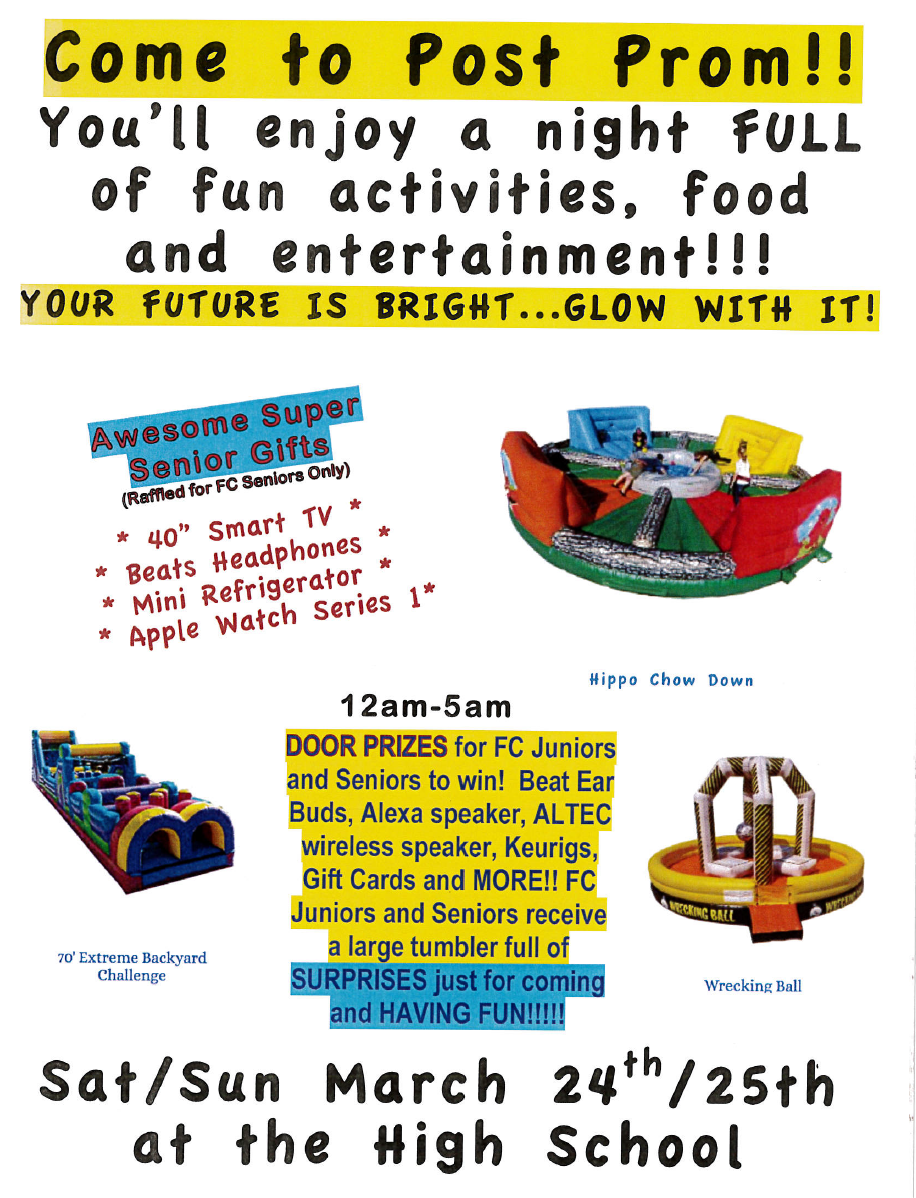 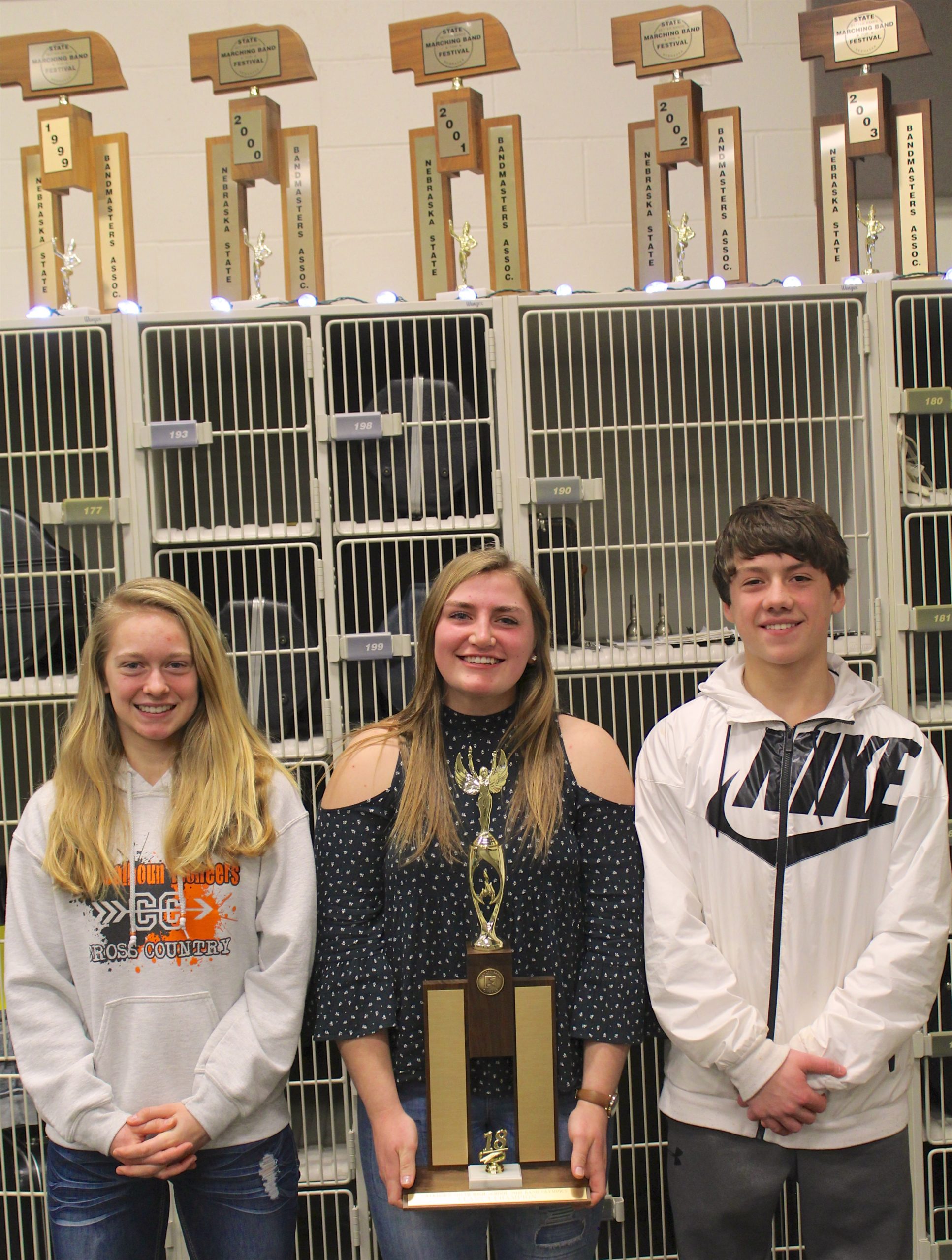 Congratulations to the following medal winners last Saturday at the Elkhorn Band Olympics Solo and Ensemble Competition for 9th and 10th graders.

and Savannah Lukasiewicz was the Gold Medalist in the Baritone Saxophone Solo Division. 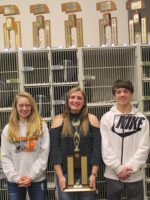 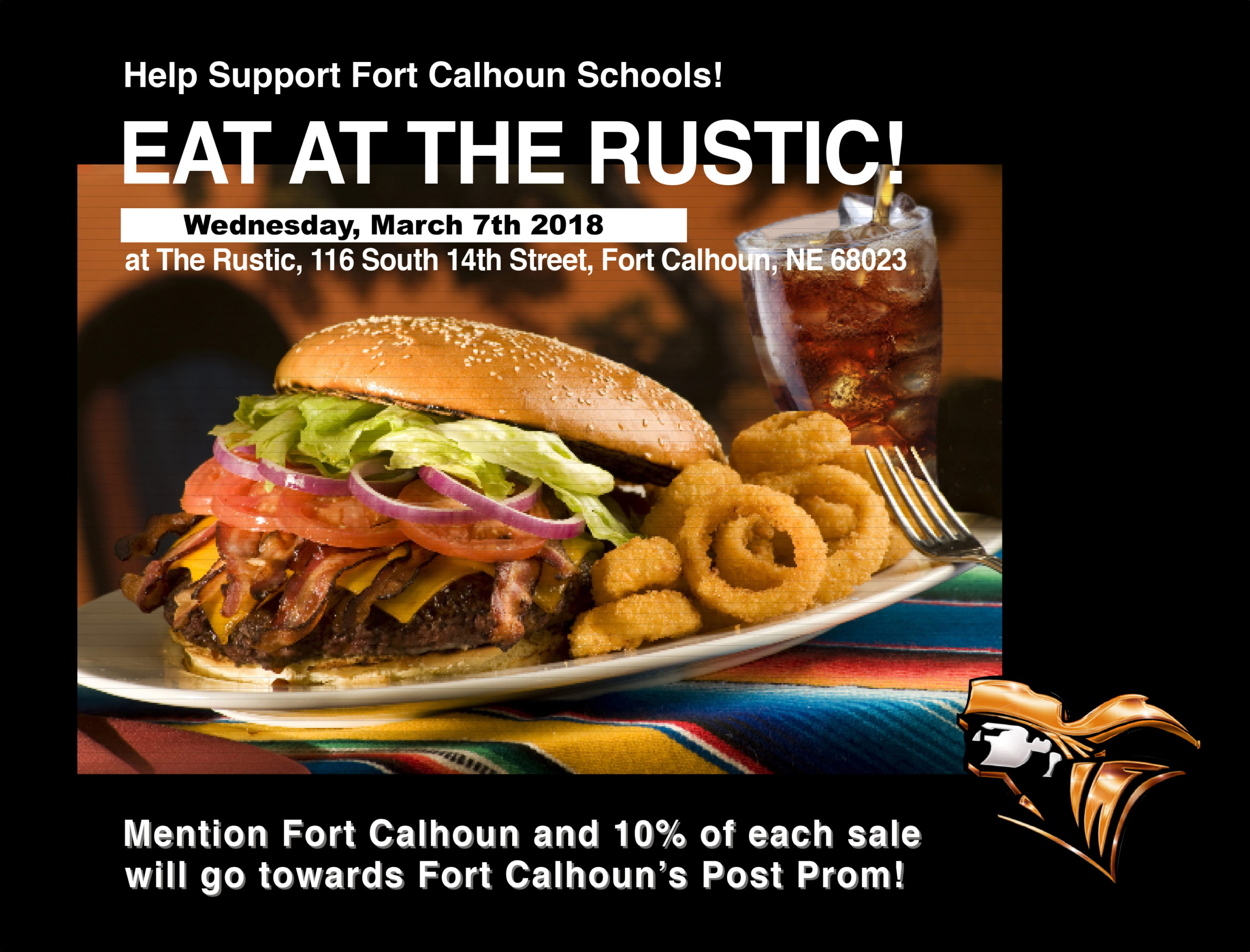 Eat at the Rustic on Wednesday, March 7th and help raise money for Post Prom. YUM! 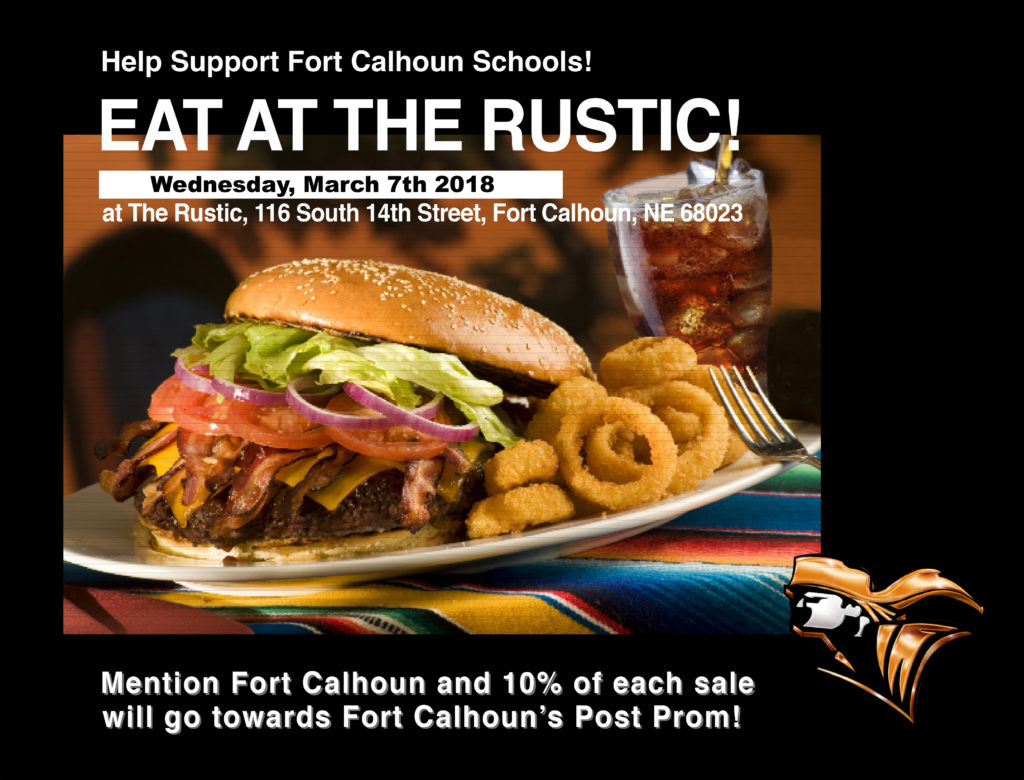 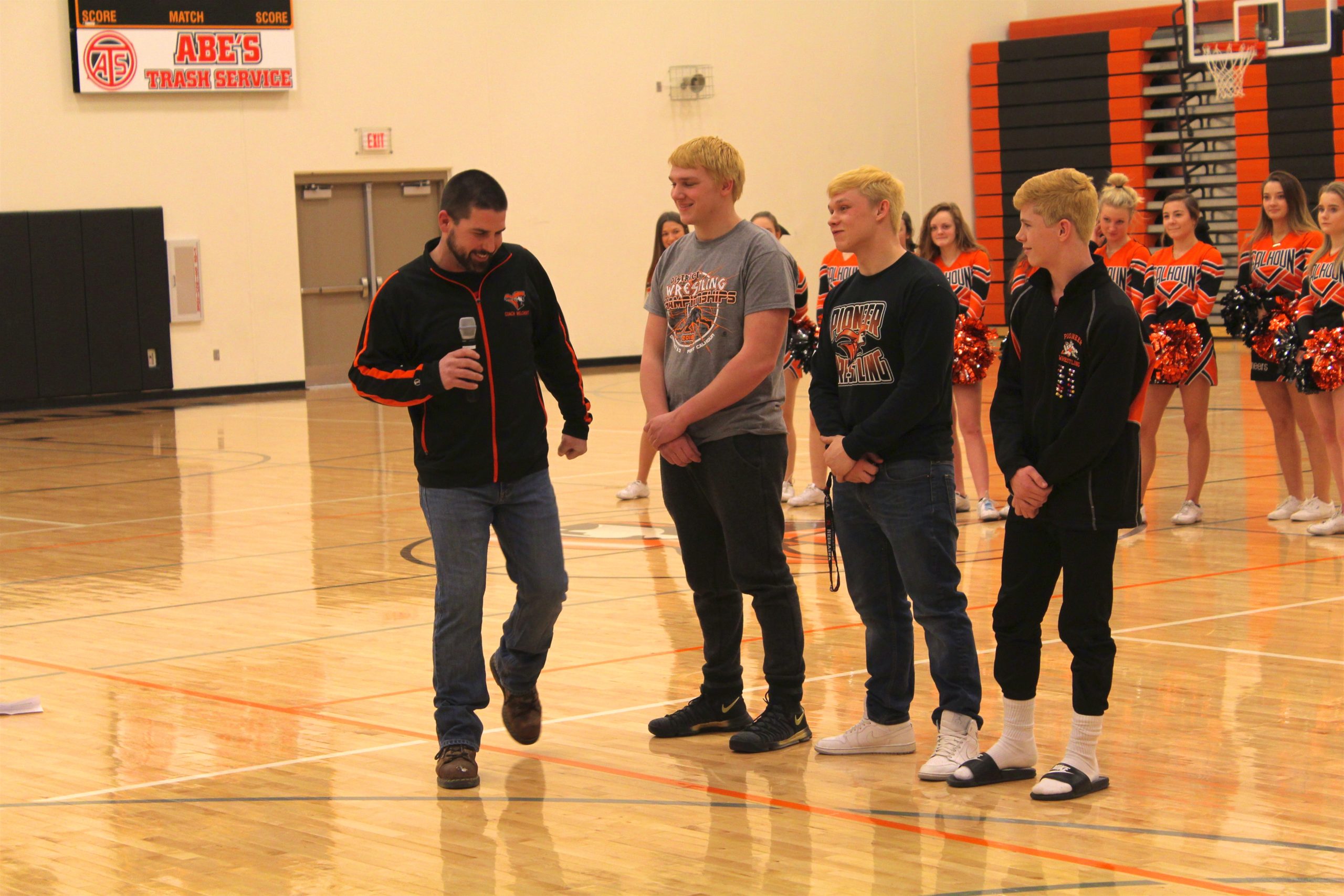 Congratulations to our Wrestling State qualifiers Tyler Curtis (10), Ronnie Albertson (12) and Joe Garcia (11).  Wish them luck at the State meet this Thursday, Friday and Saturday at the CenturyLink Center. 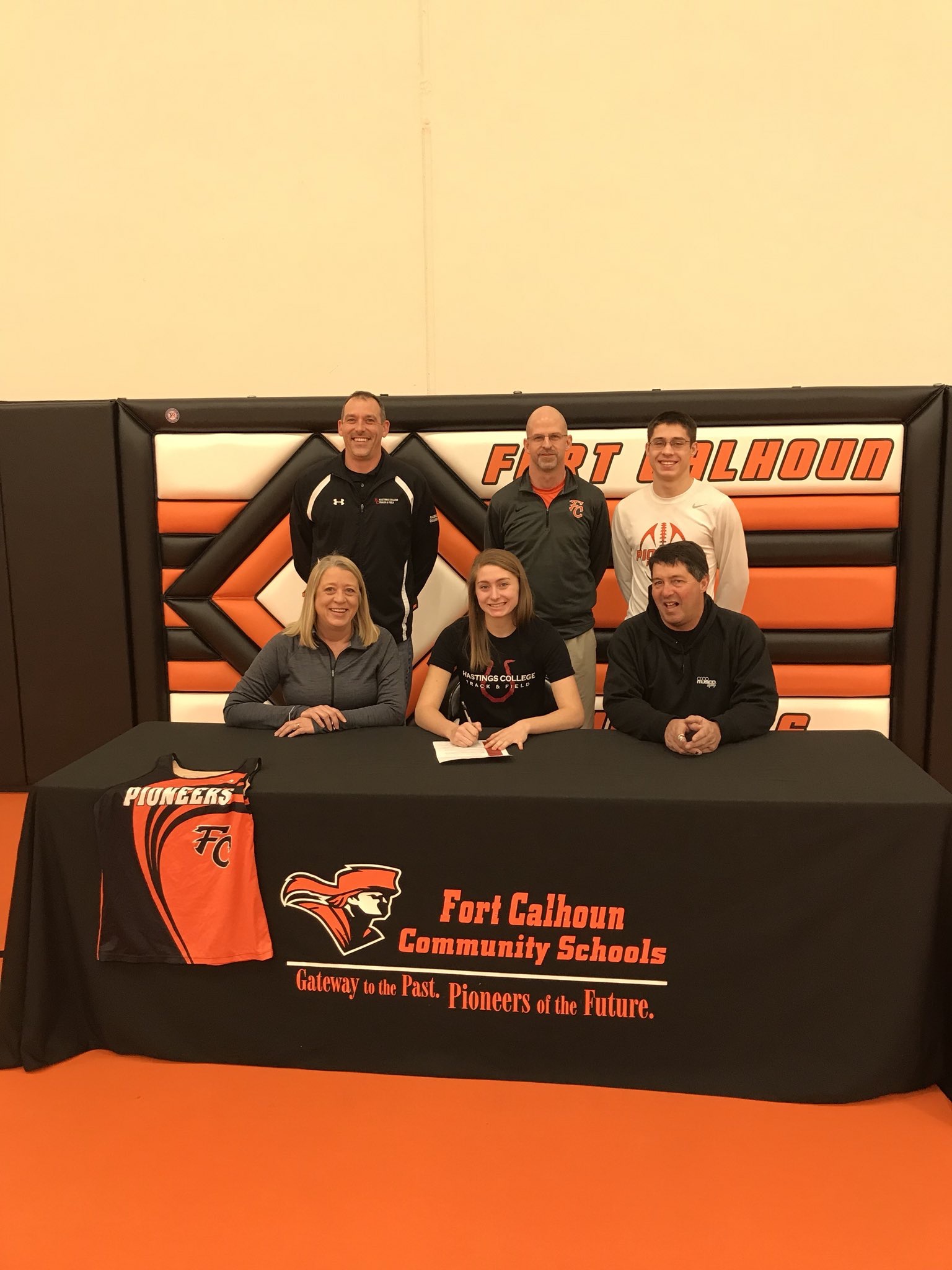 Congratulations to Hannah Warner who signed to the Track and Field program at Hastings College. 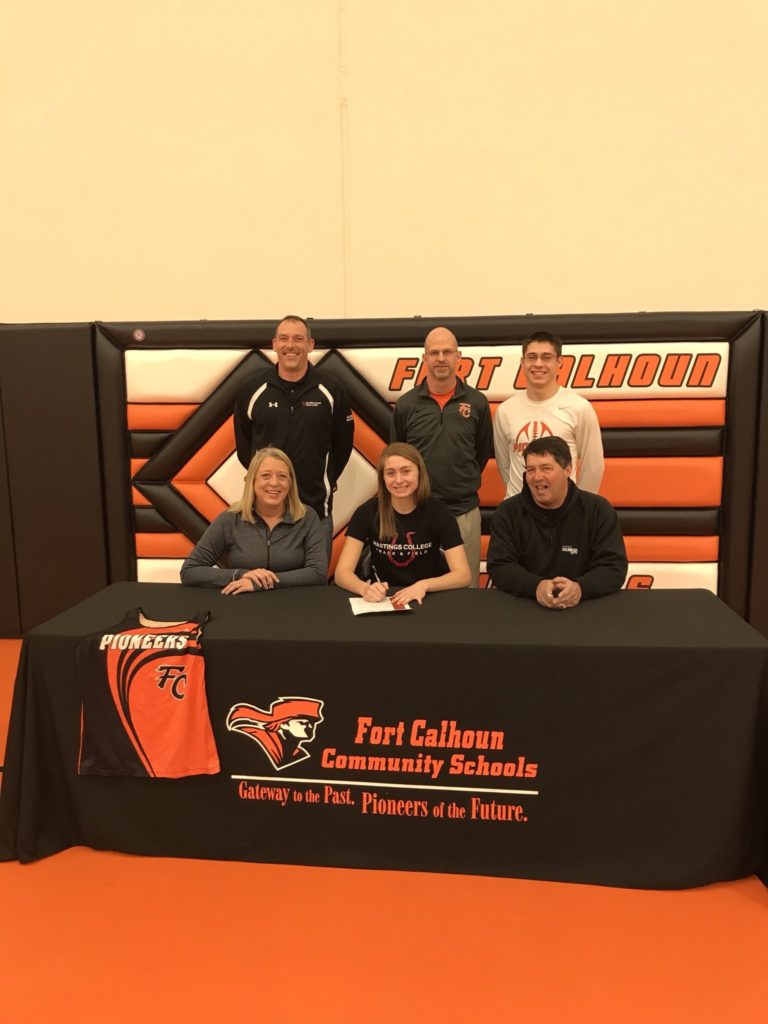 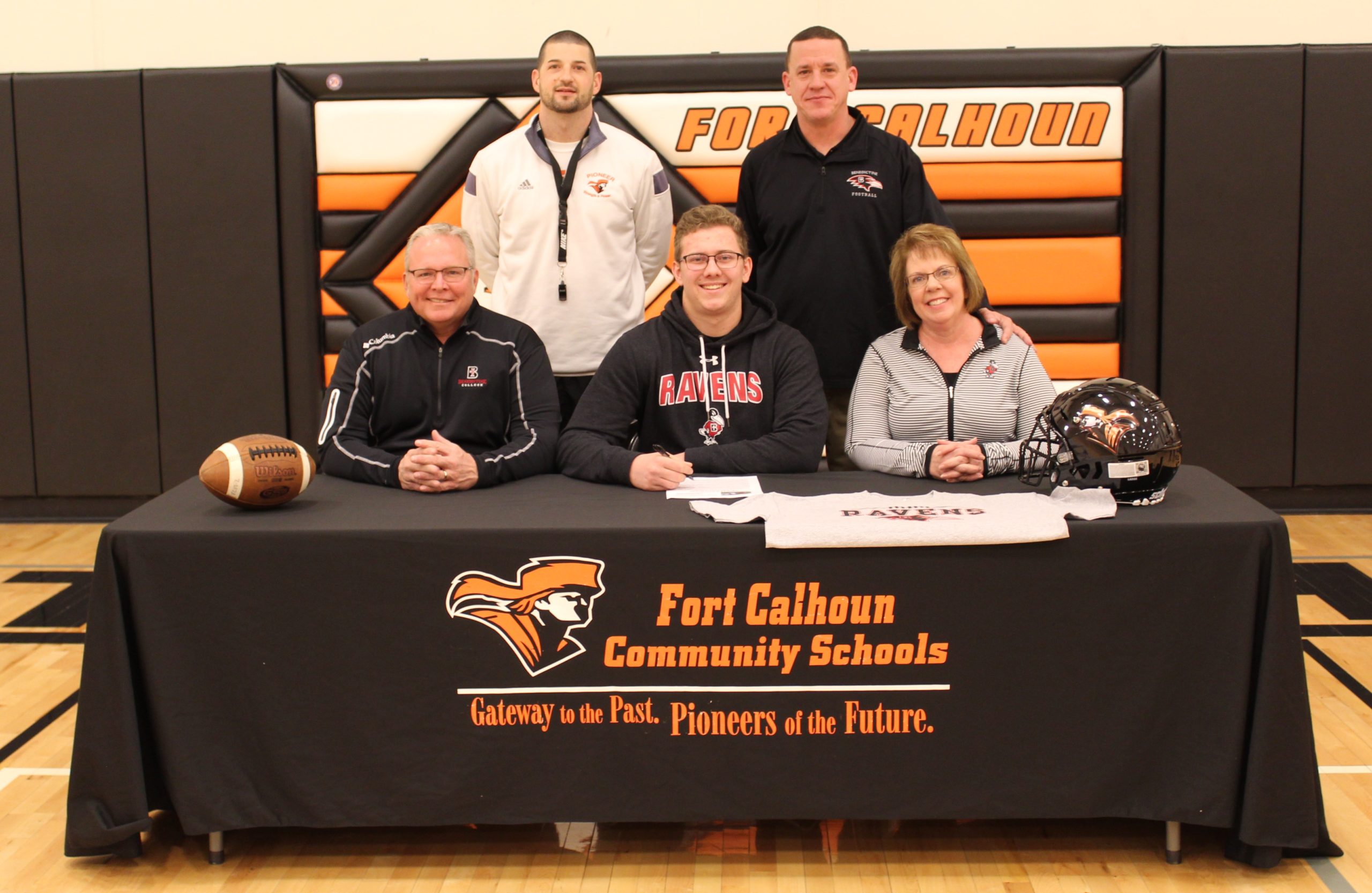 Congratulations to Seth Conrad who has Consigned his letter of intent to play college football at Benedictine College in Atchison, Kansas.  Benedictine College is an NAIA program that competes in the Heart of America Athletic Conference.  Seth was offered an athletic and academic scholarship and plans to study Post Secondary Education with an emphasis in History and minor in Coaching. 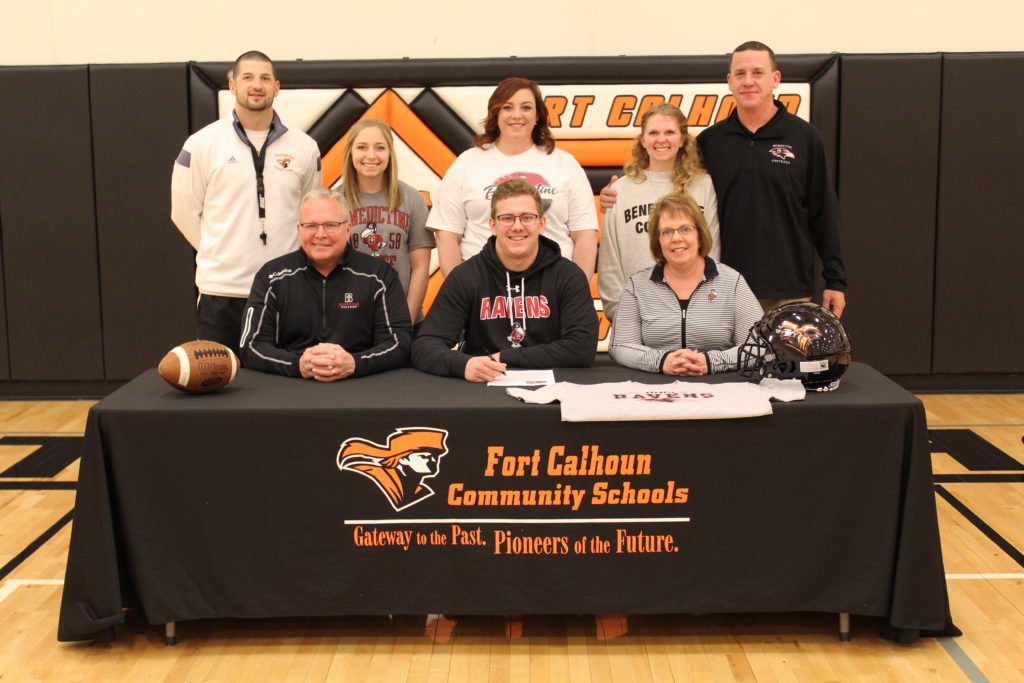 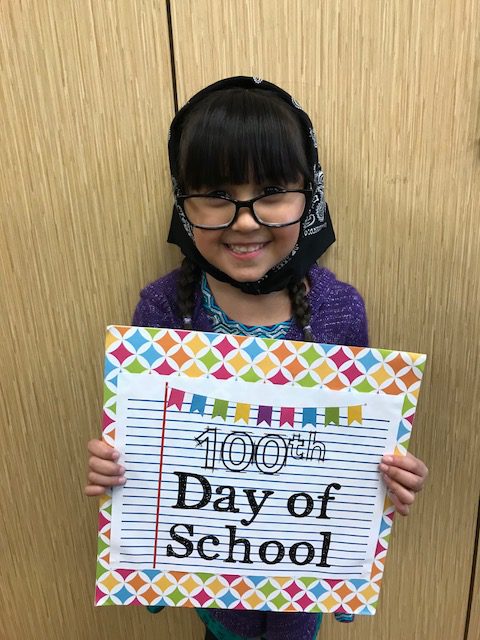 Our 100th-day celebration was STEM-based and students built using 100 coins, cups, dominoes and other objects! Students had fun with different art activities, songs, and a 100th-day snack! We are 100 days brighter here at Fort Calhoun! 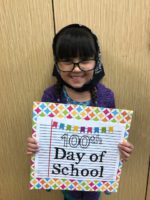 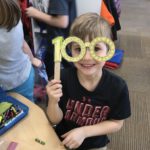 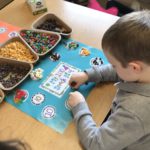 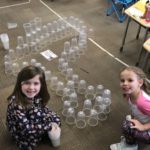 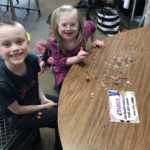 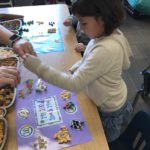 Some students even dressed up as if they were 100 years old!