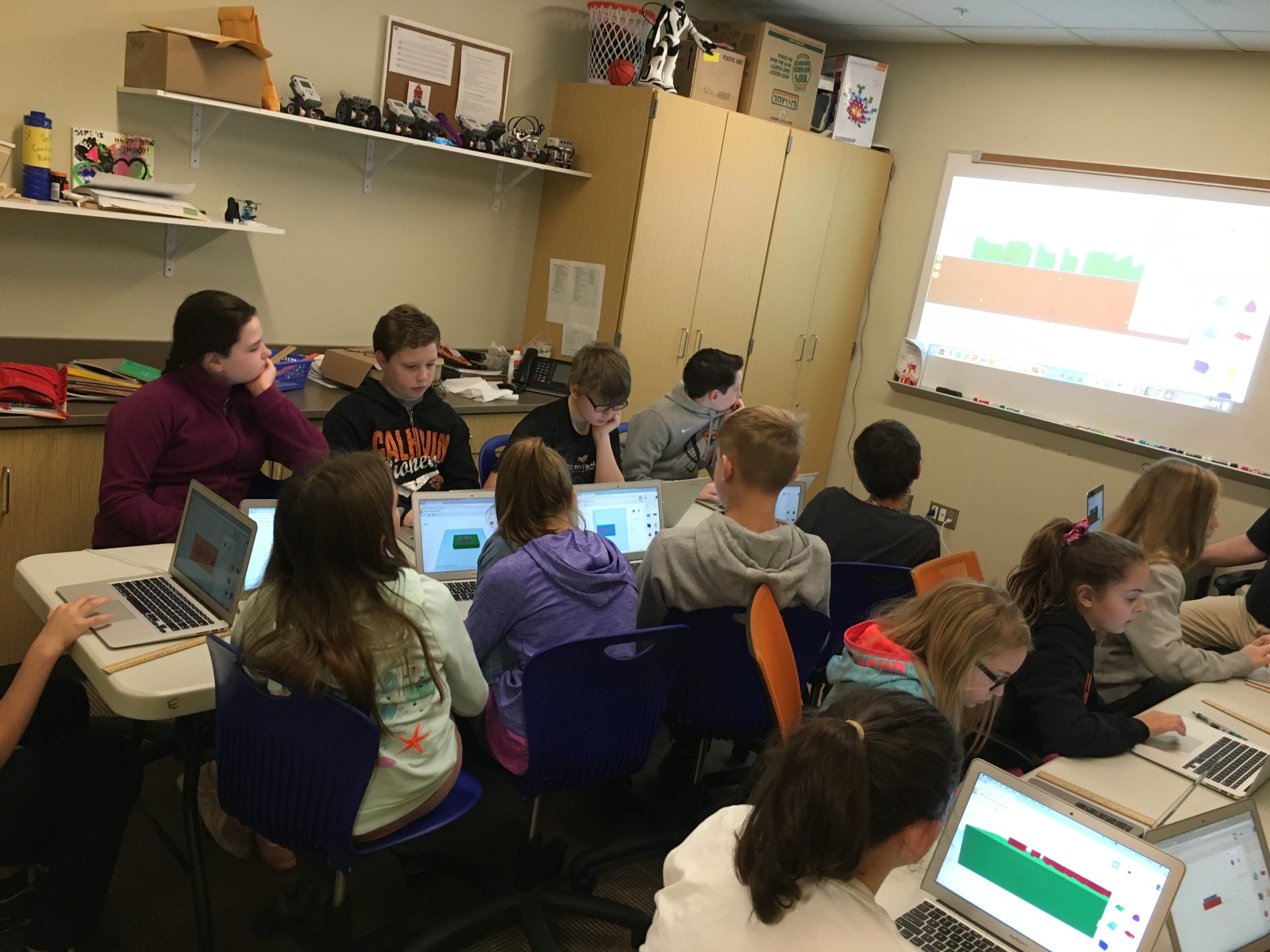 We have some exciting news! Our HAL Program has purchased two new 3D Afinia Printers. This is providing our students a new, fun, engaging, and challenging way to design and solve problems. We are currently using Tinkercad as our platform. Students are collaborating to identify school challenges or problems that they can design and print a solution for. The students attended a workshop presented by Adam Larson, ESU3 HAL Expert, where they learned about Tinkercad which is a place where they can create, design, and make anything. They will utilize the designs to print with the new 3D printers. We also have students learning and improving their programming skills through our code.org platform. These students are building the vocabulary while learning to design their own challenges as well. 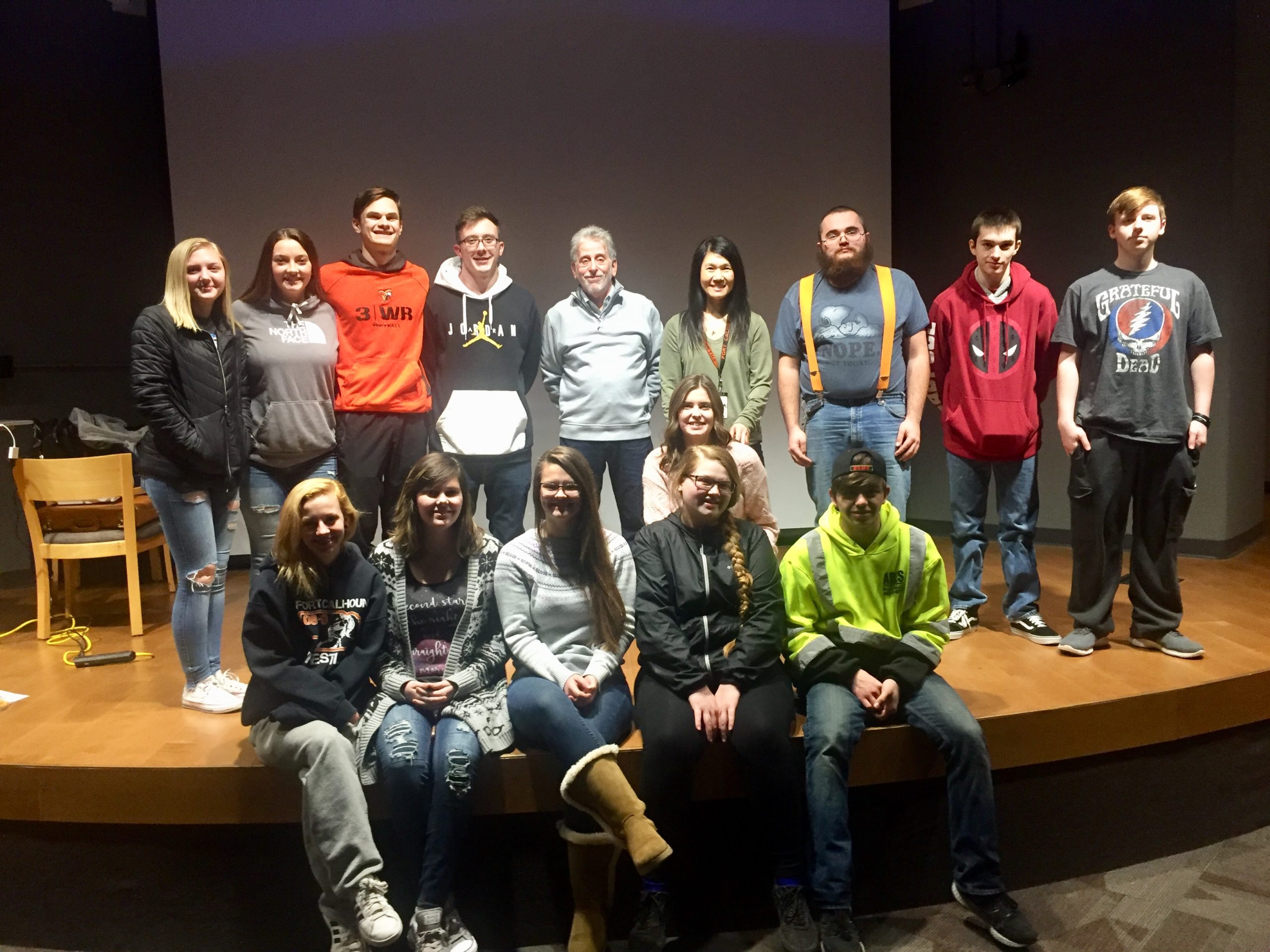 Mrs. Wellman-HighHorse’s English 12 class is reading the memoir “Night”, written by Holocaust survivor, Elie Wiesel. They attended the “Searching for Humanity” Holocaust exhibit at the SAC Museum. Students had a guided tour of the Holocaust exhibit, participated in an anti-bias and the dangers of being a bystander activity, and listened to a speaker whose mother was a Holocaust survivor. Two students who attended reported that it was very touching and they went through a “roller coaster of emotions.” They said, of course, it was very sad but then hearing stories about how some children were rescued and how second-generation survivors are keeping the memories of their ancestors alive is touching too. 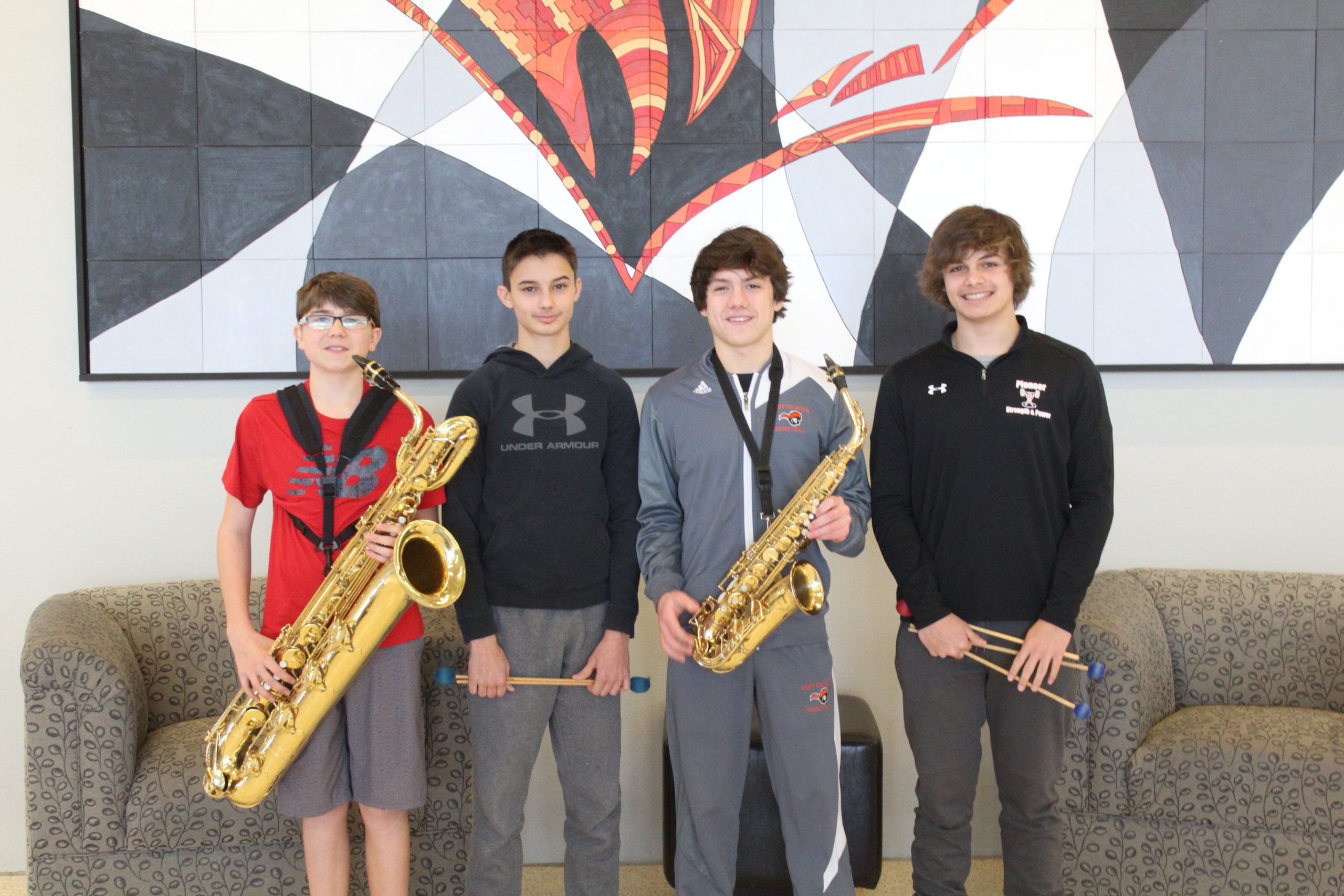 Students at Fort Calhoun Elementary participated in a fun art project recently. The PFE sponsored an Artist in Residence, Julia Noyes from UNL. The program involved the entire school and consisted of a curriculum-based art project developed and conducted by Julia. The students learned about the of making mosaics and took part in creating two murals to be displayed in the school.  We want to thank the PFE and all their volunteers for hosting this event, and all the families who donated supplies for the project.

Pull out that old trunk or stash of old family photos and see if you can fill one of the gaps! Read on to get the “scoop” on this project.

As some of you know we are in the process of putting together a display system to recognize, and celebrate students past and present.  The system is made up of a number of components, the Trophy case, the Wall of Excellence, the Runner-up Wall, the Alumni Center and an electronic records center that will allow us to show case all manner of information about a student’s accomplishments over the years, whether it be an activity, sport, fine art, academics, or whatever it might be.

This in many ways is a huge and daunting task, but as they say “no pain, no gain”. We have a good part of the physical components of system put together but are awaiting a few additional parts that will not come out of production until the middle of March. We are working diligently in every spare moment to add data to the system, there is enough now so you can see the capabilities and what the potential is for the system. If you haven’t seen it, you should check it out the next time you are in the building, and if you like what you see, be sure and thank Mr. Wemhoff, as he has taken the lead on the countless hours of work it has taken to get it thus far.

My specific interest and effort are in the historical aspect of the system. Thanks to everyone who searched their closet or storage area to find and loan yearbooks. We are hot on the trail of the last two yearbooks, 1979 and 1975, as soon as we have them in hand, we will be sending all of the yearbooks for the District off to be scanned, which will make them available on the touch screen. What we learned gathering the yearbooks, the first yearbook (as we know them) was produced for the District in 1955, there wasn’t a yearbook for 1956 as the company went bankrupt before it was produced. They did not do yearbooks in 1960, 1961, 1962 or 1963, not sure why.

If you have questions you can call or e-mail David Genoways, 402-468-5591, dgenoways@ftcpioneers.org, or if you find a photo you are willing to lend so we can scan, you can drop it Monday through Friday at the High School office.

The Fort Calhoun Spelling Bees were held this week at the Elementary and Junior High. Once again this year we had many impressive spellers. At the Elementary level, the winner was Nick Kusek and the runner up was Anna Taylor. At the Junior High, the winner was Adriana Hernandez and the runner up was Alayna Prunty. Wish them luck as they participate in the county Spelling Bee held this year in Arlington. Thank you to Mr. PJ Mallette who organizes the Spelling Bee for Fort Calhoun.